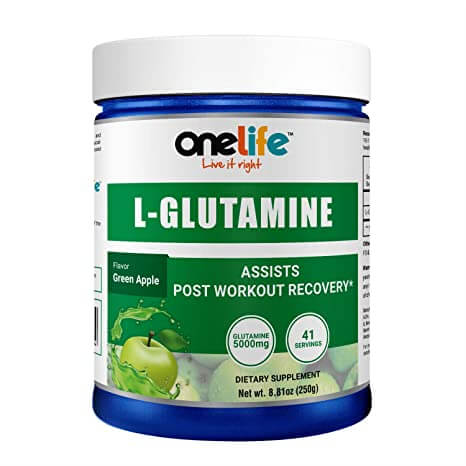 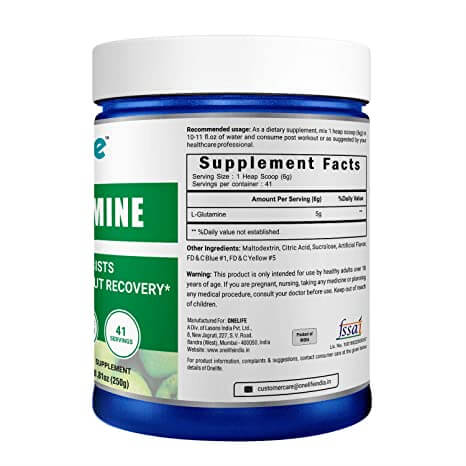 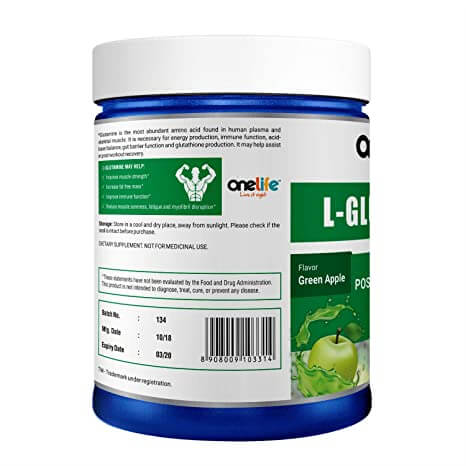 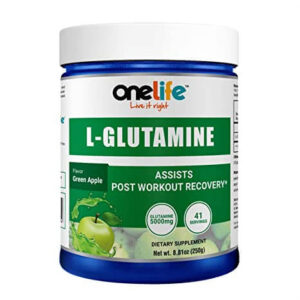 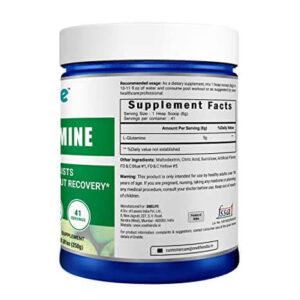 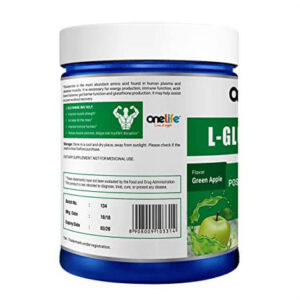 This is a vegetarian product.

This product help to Build Muscles .

All our product directly from the authorized importers of the brand.

Onelife Glutamine Sports supplement promotes muscle recovery and helps to gain muscles. It helps gains by repairing muscles, with its amazing green apple flavour it aids muscle recovery so you are ready to build another day.

Glutamine is an amino acid. Amino acids are molecules that play many roles in the body.

Their main purpose is to serve as building blocks for proteins.

Proteins are crucial to the organs. They also serve other functions, such as transporting substances in the blood and fighting off harmful viruses and bacteria

Like many other amino acids, it exists in two different forms: Onelife Glutamine and D-glutamine.

They are almost identical but have a slightly different molecular arrangement

While Onelife Glutamine  is used to make proteins and perform other functions, D-glutamine appears to be relatively unimportant in living organisms

L-glutamine can be produced naturally in your body. In fact, it is the most abundant amino acid in the blood and other body fluids .

However, there are times when the glutamine needs of your body are greater than its ability to produce it.

Therefore, it’s considered a conditionally essential amino acid, meaning that it must be obtained from the diet under certain conditions, such as injury or illness

Be the first to review “Onelife Glutamine” Cancel reply

There are no reviews yet.

HOW CAN YOU BE SURE THAT YOUR PRODUCT IS ORIGINAL OR NOT?

Big Save ON Gold Standard